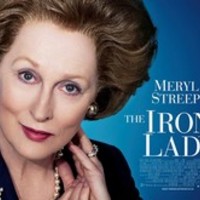 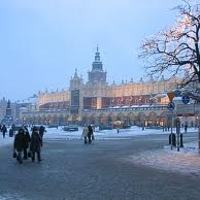 Let us create a Kraków-Budapest axis!

That we had to fly from to Kraków via , is symbolic. Apparently, the Dual Monarchy still connects us. But what really connects us, is the love of freedom, and our hated-beloved common Central-European culture and history. It is also symbolic, that our host, philosophy professor of the of at the ancient (established in the 14th century), Professor Milowit Kuninski, booked rooms for us in Hotel Europejski, a little Wunderkammer, built in 1884, still attracting visitors with all that nostalgic charm of the Austro-Hungarian Monarchy.

But once again, I stress, is not only connected to by their Fin de Siècle shared history. On the contrary: the Polish-Hungarian parallel predates the Hapsburg period, and still lingers on. This time we visited the winter-besieged age old cultural capital of with my colleague, Dr. Kálmán Pócza, from , to answer the questions of our Polish colleagues about the Europe-wide debate on the recently drawn Hungarian Basic Law. The common workshop of the and a political think tank, called Centre for Political Thought was organised in the Senate Room of the tarnished 19th century building of the University, called Collegium Novum. This fact underlines the importance attached to the question by our hosts. From , beside us, Mr Csaba Törő from the was invited, keeping the meeting clearly on the academic ground. (Mr. Törő joined another meeting next day in on the same topic.) You might wonder why the Poles are interested in our themes. After all, they successfully adopted a new constitution in the nineties with an almost consensual decision (only the right wing parties were more or less excluded from the pact). Arguably, the hostile reactions against the Orban-government might remind them of the international attacks again under the regime of the Kaczinski brothers. But this expression of sympathy is not limited to supporers of Law and Justice. As is known, the recently reelected prime minister, Mr. Donald Tusk although expressed his – not uncritical, and cautious – support of the Hungarians.

During the engaged debates of our workshop of political and legal philosophers and legal theorists, the atmosphere was much more friendly than in the European Parliament. Although one could sense a kind of surprise at the simple use of power during the constitution-drawing process, the Poles generally agreed that the main cause of the wild European reactions on the side of the politically correct Western politicians was the fact that Orban spoke a different political language. They also found familiar the almost total obstruction of the process by the parliamentary opposition in , as described by Dr. Pócza. The strongest question of Professor Kuninski addressed the theoretically relevant practical problem of how to reinvigorate a broken tradition, which was dead for decades, and how to establish once again a method of constitutional thinking based on the idea of the historical constitution after half a century of positivist legal thinking. In my answer I tried to emphasize that in the foundation of the legal system was up to 1949 the historical constitution, so in fact we do not have to dig too deep into the past history of Hungarian legal thinking to find something relevant. In fact that is exactly what the should do, I argued, if it wants to find munition to elaborate the relevant old-new legal technique which is required expressis verbis by the Basic Law. For I think the Constitutional Court will be able to determine the fate of this aspect of the Fundamental Law, and now all depends on the question, whether the community of legal practitioners will be able to react creatively to the requirement of the new constitutional provision to set back the broken line of legal continuity.

To conclude: the intellectual elite of Kraków seemed to look at the Hungarian developments and the changes in Hungarian political thought with a not uncritical kind of sympathy. Therefore it would be worthwhile for the Hungarian political and intellectual elite to recognize the ally in the Polish partners. As in this case the common historical sensibilities might help to think through together the most delicate issues of the European and global political agenda. And obviously, the stronger representation of the Central European regional experience on the levels of the European Union and the academic world is a common interest. Therefore the Kraków-Budapest axis of cooperation is destined to be a success, as soon as we discover its real potential.